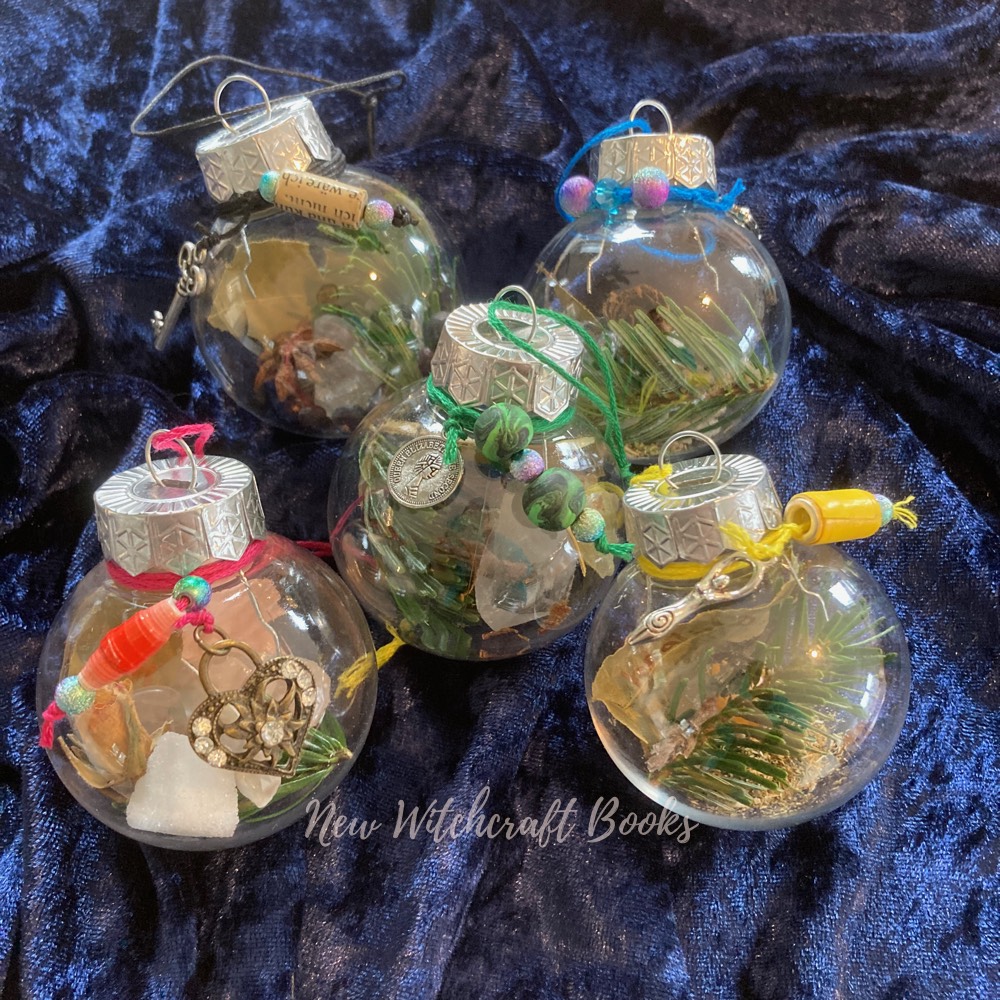 After I saw so many lovely witchy balls on Instagram, I wanted to create my own version of them and so did some magical crafting. But what are witchy balls anyway? Witchy Balls are spherical objects that are often found in the homes of Wiccans and witches. These Witchy Balls contain sacred items that can be used for healing or spell work. The meaning behind them is dependent on the individual’s beliefs and interpretation.

Originally, witch balls were created in the 17th and 18th century in England and later in New England, when people believed that witches flew about on broomsticks at night trying to harm people and their property. The witch ball was meant to act as a barrier against witches entering one’s home. They came in various forms, some had pictures of saints while others had pictures of angels on them. Fishermen used them to be protected from evil spirits and harm at sea. Those original witch balls were made of beautiful colored glass and are still in use even today.

And today a new way of creating witch or witchy balls has emerged: It changed from a protection from witches to one for witches! The old belief that the spheres trap negative energy is still an important part and witches now use them in rituals, in spell work and even as Christmas/Yule decorations, which is what I did.

I created five different witchy balls for my small bundle of fir branches in my witchy office. One for protection, one for healing, one for manifesting, one for self-love and one for clarity. I gathered all the materials and I filled them in a ritual. Every ingredient has a special meaning, either magickal or personal. And even though I will list the ingredients below, please keep in mind that this is by no means a complete list. You can add or leave out whatever you like!

In each sphere I filled in a small fir branch, a clear crystal for enhancing my spell work and a bay leave with the intention of the sphere written on it either in gold or silver. Many witches seal their spheres with wax from a candle, but we don’t use candles in my household due to asthma. That is why I used cross stitch yarn to „seal“ them. I also added some beads and a charm to the yarn — again with a special meaning to me!

These are the balls and the ingredients:

I hope I have inspired you to create your own magickal witchy balls!

Please Note!
Most of the links on this site are Amazon affiliate links. This means if you click on the link and purchase the item, I will receive an affiliate commission at no extra cost to you.